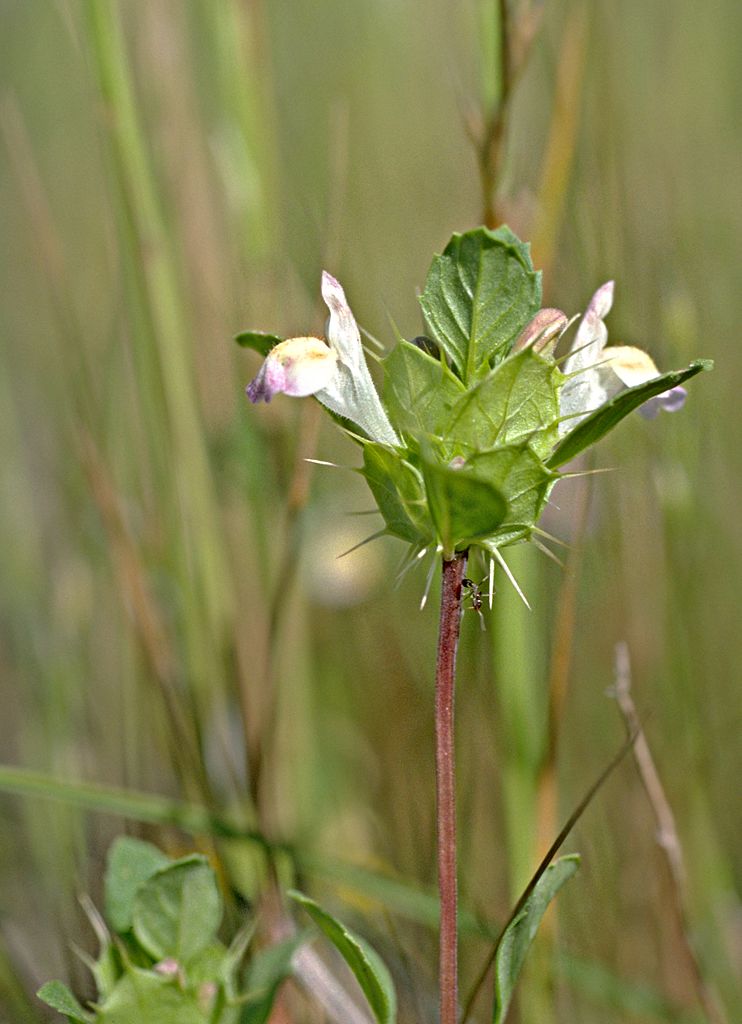 Acanthomintha duttonii is a species of annual plantendemic to San Mateo County, California in the family Lamiaceae. It is commonly called San Mateo thornmint[1][2][3] and is found growing on serpentine soils near the Crystal Springs Reservoir in a six-mile (10 km) long strip on the east side of Montara Mountain at elevations of approximately 150 to 300 meters.

The species is named in honor of Harry Arnold Dutton, who in 1949 located a patch of another rare plant Cupressus abramsiana on nearby Butano Ridge.[4]

All four thornmint species are aromatic annual wildflowers native to the state of California in the US. The species have square stems that are erect growing. The leaves are petioled with leaf veins conspicuous and the leaf margins are often spiny. The inflorescences of the Acanthomintha genus are described as “head-like, in terminal clusters” by the genus authority James D. Jokerst.[6] The flowers of this entire genus are like, most mints, two-lipped forming a tube with five sepals and the stamens enclosed within the zygomorphic corolla. The bracts in the inflorescence have marginal spines,[6] thus the basis of the common name ‘thornmints’. All Acanthomintha have the upper three lobes of its calyx acuminate and the lower two lobes oblong in shape; furthermore, all Acanthomintha corollae are funnel shaped and white with occasional tinting of purple. Each Acanthomintha species has four stamens, with the upper two reduced. Thornmint styles are slender and their fruit is ovoid in shape with a smooth exterior texture.