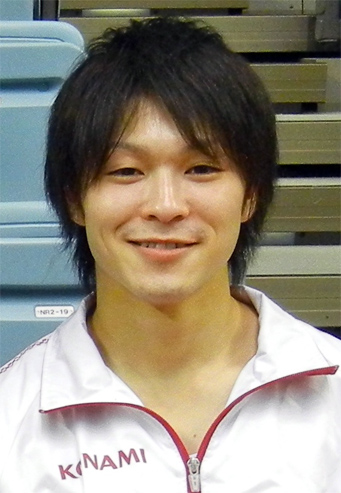 The men’s artistic individual all-around was a competition at the 2012 Summer Olympics in London, United Kingdom. The event was held at the North Greenwich Arena 1 on 28 July and 1 August 2012.[1] There were 41 competitors from 27 nations, counting only those gymnasts who performed on all six apparati during the qualifying round.[2] The event was won by Kōhei Uchimura of Japan, the nation’s first victory in the men’s all-around since 1984 and fifth overall (at that point second to the Soviet Union, with six; Uchimura would win again in 2016, bringing the two nations even). Uchimura was the 14th man to earn multiple all-around medals, adding to his 2008 silver. Germany’s Marcel Nguyen earned silver, the first men’s all-around medal for a German gymnast (including the United Team of Germany, East Germany, and West Germany) since the 1936 Games in Berlin. Danell Leyva of the United States took bronze.

Two of the top 10 gymnasts from the 2008 Games returned: silver medalist Kōhei Uchimura of Japan and seventh-place finisher Fabian Hambüchen of Germany. Uchimura had won all three World Championships since his Olympic silver and was the clear favorite coming into the Games.[2]

Azerbaijan made its debut in the event. France made its 24th appearance, most among nations.

Qualification for the men’s artistic gymnastics in 2008 was based primarily on the 2011 World Artistic Gymnastics Championships. The top 8 teams at the world championships could send a full team of 5 gymnasts to the Olympics. The next 8 teams (#9 through #16) competed in the 2012 Gymnastics Olympic Test Event, with the top 4 of those teams also qualifying a team of 5 gymnasts for the Olympics. The individual apparatus medalists from the World Championships also qualified, if their nation had not already qualified a team. The FIG Executive Board made invitational selections to ensure host country and continental representation and the Tripartite Commission made an invitation. The quota of 98 gymnasts was then filled through the individual all-around rankings at the Test Event, with each nation able to qualify only one gymnast in that manner (though this one gymnast could be added to the world championship apparatus medalists—for example, Brazil qualified Diego Hypólito as bronze medalist in the floor, Arthur Nabarrete Zanetti as silver medalist in the rings, and Sérgio Sasaki through the Test Event).

Gymnasts were only considered as competing in the all-around if they participated in all six apparatus exercises during the qualifying round.[2]

The top 24 qualifiers in the qualification phase (limit two per NOC), based on combined score of each apparatus, advanced to the individual all-around final. The finalists performed on each apparatus again. Qualification scores were then ignored, with only final round scores counting.[3]